Why the vagrancy act needs to be scrapped 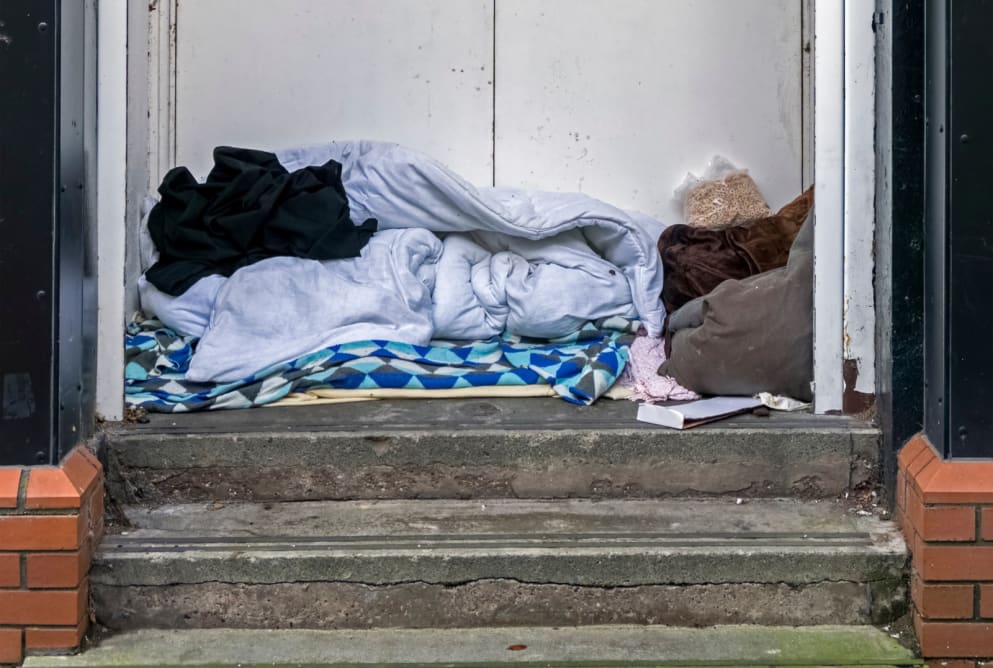 We don’t think rough sleeping should be a crime. But, the vagrancy act of 1824 makes sleeping rough or begging a crime in England and Wales. The act is still in use to this day and anyone sleeping on the streets or begging is liable for arrest.

We support the Crisis petition urging the government to scrap the vagrancy act and hope you’ll get behind the petition too. In this post, we’ll explain what the vagrancy act is and why it should be scrapped. We’ll also provide more information on how you can help scrap the act.

What is Vagrancy Act?

The government passed the Vagrancy act in 1824 which makes it a criminal offence to sleep rough or beg in England and Wales. Levels of rough sleeping have hugely increased over the past decade, with numbers up 52% since 2010. Rough sleeping is the most visible form of homelessness and they are far more likely to experience violence and abuse. They also have a far lower life expectancy than the general public. Criminalising rough sleeping does little to help those on the streets receive the support they need to break the cycle of homelessness.

You may be wondering about the origins of the 197-year-old vagrancy act. The act was passed after injured ex-servicemen, returning from the Napoleonic wars, began begging on the streets. These men, who had served their country, return from war injured, destitute, homeless and penniless.  To make it easier for the police to clear the streets of destitute soldiers, the government criminalized begging and sleeping rough by passing the vagrancy act.

How is the vagrancy act used?

As we can see, while rough sleeping has increased, prosecutions under the act have declined. This suggests authorities do not deem the act effective for dealing with rough sleeping. However, even though the use of the act to prosecute homeless people has fallen in recent years, it still remains an unacceptable option while the act remains in place.

Why the vagrancy act needs to be scrapped

Even though the use of the vagrancy act is declining, it continues to allow enforcement agents to prosecute rough sleepers. We think there are three main reasons why the vagrancy act needs to be scrapped. It doesn’t help solve homelessness but punishes them instead. And, the act doesn’t help provide the support homeless people need the most.

It doesn’t help the homeless.

The vagrancy act doesn’t help rough sleepers receive the support they need. A 2017 study from Crisis found that enforcement agents invoking the Act regularly moved rough sleepers on and banned them from certain locations. But, in most cases, no support was offered. People sleeping rough may learn to bed down away from the city centre to avoid these interactions. This makes it harder for outreach teams like ours to find them and offer support. Further away from support and in more isolated locations, they may feel even alone.

It punishes people for being homeless.

Not only does the act push homeless people further from the vital support they need, it also punishes them. Punishments under the act can include a £1,000 fine and the possibility of a police record. Neither of these do anything to help someone break the cycle of homelessness. For homeless people, begging and rough sleeping are situations often out of their control. They're often one of the few options available to them.

Homeless people don't have to be formally prosecuted by the act for it to affect them. The act can be cited as an offence when receiving a warning or request to move on by police. For example, someone could be asked to move on from where they are sat or risk receiving a written warning.

We need empathetic and holistic support.

As we’ve said, punishing people for being homeless solves nothing and doesn’t account for the reasons why someone is homeless in the first place. There are many reasons why someone may be sleeping rough, including an adverse childhood, debt, mental ill health, substance dependencies and family breakdowns. Providing empathetic and holistic support, rather than criminalising begging and rough sleeping, is a far better way to help people. Criminalising begging and rough sleeping only makes people already ashamed of their situation feel much worse.

The vagrancy act is an outdated piece of legislation that doesn't help those sleeping rough, but criminalises and punishes them instead. It does nothing to support people facing homelessness and can push them further away from the help they need. We need an empathetic and informed response to rough sleeping, where no-one is criminalised for being homeless and destitute.

We want to see the Vagrancy Act scrapped and we hope you do too. You can visit the Crisis website to find tools to write to your MP and Police and Crime Commissioner, letting them know your concerns about the act. Share this campaign on social media using #ScraptheAct and ask people to join you by adding their voice to this campaign.

We continue to support people who are homeless and vulnerable. Find out more about our work and how you can get involved.

This site uses cookies. By continuing to browse the site you are agreeing to our use of cookies. Read more.